First things first, let’s go over the term “anti-White”, and who it applies to. Some people are mistakably interpreting anti-White as being non-White. This is not the case as anyone can be anti-White, as it is a state of mind.

In fact, most anti-Whites are Whites, although they are usually known by other names such as “liberal”, “left-wing activist”, “anti-fascist” or even “conservative”, as not all people with an anti-White mindset are members of the political left. You would be surprised how many in the political right would slander anyone who acknowledges the demographic consequences of massive immigration just to appear more “respectable” to the mass media and the left-wing establishment.

The common denominator for these people however, is that they are referring themselves as being “anti-racist”, and that these people will accuse anyone who is opposing massive immigration or wanting to secure a future for our people for being “racist” or a “naziwhowantstokillsixmillionjews”.

This is the reason why “anti-racist” is just a code word for anti-White. 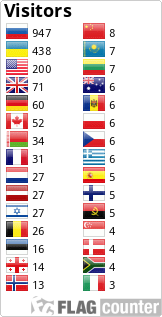